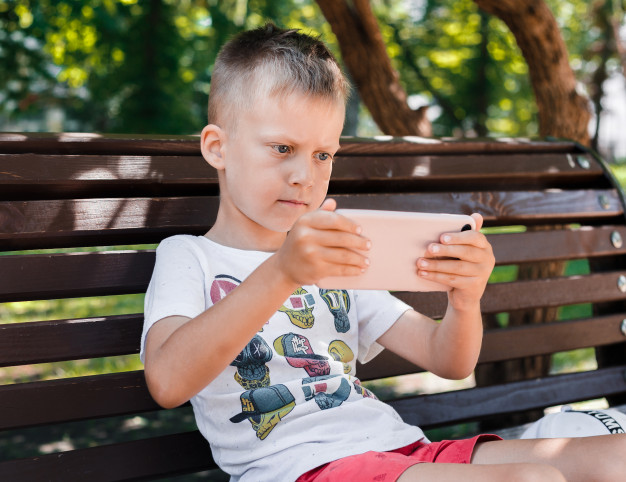 What Can Children With ADHD Teach Us About Screen Addiction?

Attention Deficit Hyperactivity Disorder or ADHD is a complex brain disorder that makes it difficult to maintain attention. Those diagnosed with this condition often exhibit hyperactive behaviour which may include impulsiveness, constant fidgeting, and even aggressiveness in some cases. ADHD is one of the most common neurobehavioral disorders which typically begins in childhood. It’s estimated that as many as one in 20 children in Australia have ADHD.

Even for children that have ADHD, there is one thing that can hold their attention for hours at a time – their mobile devices. How could this possibly be true? After all, a common characteristic of those diagnosed with ADHD is their inability to concentrate on one task for long periods. The difference though is that activities on a computer or mobile device provide more gratifying rewards.

Here’s what we know when it comes to screen addiction and ADHD.

Apps are Designed to be Addictive!

What makes screen addiction so rampant is that apps are designed to be addictive. Many take advantage of the brain’s dopamine system to keep its users glued to the screen. You won’t have to look far to see some examples of this. Facebook uses ‘Like’ buttons which provides social validation and apps like Snapchat use gamification elements like ‘Streaks’ to get its users to login every day.

Screens provide an endless stream of entertainment for those with ADHD. They could browse their news feed for the latest updates and switch to another app where they can watch their favourite shows or level up a character from a game.

Research has shown that lower dopamine levels is associated with common symptoms of ADHD. In fact, a common treatment for ADHD is medication that increases dopamine levels and include stimulants like Adderall. It helps explain why some children with ADHD may be more likely to spend more time in front of a screen because of a deficiency in dopamine levels.

Dopamine is a neurotransmitter in the brain that plays a major role in motivation. Doing something you enjoy increases dopamine levels which in turn makes you more likely to do it in the future. Exercise offers one example. Physical activity stimulates the release of dopamine. It explains why finishing a workout can feel so satisfying. But it can also lead to addictive behaviour like spending excessive time with a mobile device.

The exact cause of ADHD is still not fully understood. While there is some research that suggests that genetics plays a role, there is also data that shows a correlation between screen time and ADHD symptoms. A study published in the Journal of the American Medical Association has found that teens who spend more time on digital media may be more likely to develop ADHD symptoms.

Researchers followed more than 2,500 students in Los Angeles. From the start of the study, none of the students had ADHD symptoms. The researchers monitored the students’ screen use over a two year period. By the end of the study, those who reported frequently using digital media were more likely to report symptoms of ADHD like trouble remaining still or staying focused.

The authors of the study are careful to note that the results do not necessarily prove causation. It’s not clear whether frequent digital media consumption causes ADHD symptoms or if the teens who displayed the symptoms were more likely to spend time with their devices. Regardless, the study offers an additional reason for parents to monitor their children’s screen time.

Kym Wallis, the founding director of Higher Ranking has over 15 years of advertising sales, digital strategy, and business development experience. He is currently working as Digital Adviser for Catalyst Computers.

Building A Stronger Emotional Connection With Your Child
October 18, 2019

Fairness Without Fear: How To Strike A Balance With Boundary Setting
September 27, 2019

Before or after school

Hang on while we get you checked out ...

We’ve sent you an email to make your life easypeazy,
check your spam incase we got lost!

We'll reach out in 1-2 business days

We’ll let you know as soon as bookings open!

We know kids like to go to camp with their friends but trying to coordinate the bookings & payments across groups of friends can be a painful process....so why not let us do the work for you?
Just fill out a few details, and we'll call you within 24 hours. We'll then collect all the details and the payment from each of the parents. There.....easypeaszy!